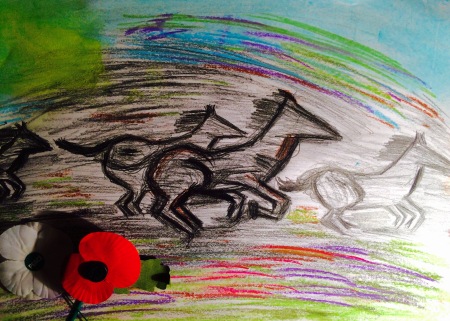 I want to share with you a little about my personal relationship with Poppy Day and my yearly poppy related existential crisis. I share these thoughts not as a political statement but just as personal thoughts, shared in the spirit of hope not antagonism.

I sat in a remembrance service at my local church and became acutely aware of being the only one wearing a white poppy in a congregation of about 200. Had I made a mistake? Was everyone disapproving inwardly? What did the military chap with a chest full of medals think? A last minute change of seating arrangements meant the choir (of which I am part) were sat at the front.

My worst fears had surely come true. They were going to hang Exhibit-A – the hippy conscientious objector at the front for all to see. “There’s the coward”, they would scream, “doesn’t know the meaning of sacrifice.”

Of course this didn’t happen, no one visibly noticed. But I felt self-conscious and it gave me a minuscule insight into being in the minority. The odd one out. The other. I reflected on those who suffer prejudice on a daily basis, because of gender, race, sexuality, faith or non-faith. And mostly these people have no choice in who they are.

But I had a choice. And it’s my yearly choice – don’t wear a red poppy and look rude or deliberately counter-cultural. Risk offending grieving widows, elderly veterans or current service men and women. Wear a red poppy and feel like someone who doesn’t stand up for what they believe; what kind of example is that to my children.

Or should I wear a white poppy and risk being called a do gooder lefty. Or worse, I’ve got Twitter I know what it can be like out there on the wrong side of the societal norm.

There is obviously a time and a place for everything and the last thing I wanted to do was make a “look at me, look at me gesture.” I came up with a compromise. Wear a red and white poppy, making a concession to both sides. I want to respect those who have died but I also want to remember all the civilians and casualties on all sides of war and I want to hope for a future without war. But I didn’t expect to be the only one. I wondered whether anyone else had gone through the same conflict as me.

I have also always felt uncomfortable with the poppy becoming an idol (in a church setting) all this talk of dying in the name of God and ultimate sacrifice. I thought only one person had done this. Besides didn’t the other side always think that God was on their side too. I can see why some people say religion causes war. I told you this was an existential crisis.

So how did I get here. Sat in church wondering whether I was going to get set upon by all the patriotic people on the way out.

I realised some years ago that I might be a pacifist, but I didn’t  label it as such. It’s a certainty that’s developed along with my faith. I’d certainly put my life on the line for my family and friends so it’s not about physical cowardice, it’s something deeper than that, something that’s still hard to articulate. It’s a choice, like the choice to wear a red poppy, a choice that I hope that those who know me well will respect. Now I have the courage of my own convictions to call myself a pacifist. This is me coming out.

I have a Bachelor of Arts in history and have studied the sociological causes of war as well as looked at the psychology of nations during wartime and the lengths media will go to to cloak the news in jingoistic slogans. So my views on war are informed to some degree.

My grandfather served in the forces as did my great grandfather so I respect  all those that did and do serve. But I worry that with all this remembering we have actually forgotten that whilst our leaders (all parties are culpable) lay wreaths and talk of bravery they fund arms manufacturers and they sanction the building of helicopters and missles. The arms trade is a financially profitable one.

The final part of my decision to go white and red this year is that my father in law is a Quaker and it was good to connect with him around this. I feel proud of him for his convictions. For me the cost of war is a human one, people die. Lives that should have been lived are cut short. I don’t go in for the government or state motivation because I think it’s always dubious, from weapons of mass destruction or defeating the commies, there is always an agenda. What never changes is that unique human beings die and that’s tragic.

I’ll leave you with a few snippets of what I’ve found to be the most inspirational on the subject of war or remembrance and I wish you all great peace.

“Remembrance Sunday is about symbolism and it feels right that we honor those who gave their todays for our tomorrows, but I wonder if in future we could combine a mark of respect for the fallen with a mark of hope for a better world to come, and a determination to think big to achieve.” Desmond Tutu

The Spanish-American
War had its day
And the Civil War too
Was soon laid away
And the names of the heroes
I’s made to memorize
With guns on their hands
And God on their side.

The First World War, boys
It came and it went
The reason for fighting
I never did get
But I learned to accept it
Accept it with pride
For you don’t count the dead
When God’s on your side.

So now as I’m leavin’
I’m weary as Hell
The confusion I’m feelin’
Ain’t no tongue can tell
The words fill my head
And fall to the floor
If God’s on our side
He’ll stop the next war.” Bob Dylan

“If you could hear, at every jolt, the blood
Come gargling from the froth-corrupted lungs,
Obscene as cancer, bitter as the cud
Of vile, incurable sores on innocent tongues,—
My friend, you would not tell with such high zest
To children ardent for some desperate glory,
The old Lie: Dulce et decorum est
Pro patria mori.” Wilfred Owen

3 thoughts on “It’s not Black and White” 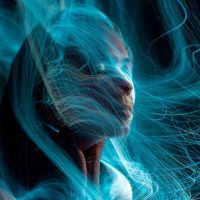