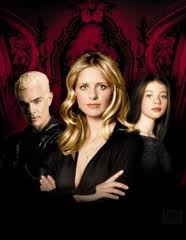 There has been a fair amount written recently about the need for a female led superhero movie and it’s good to see Captain Marvel and Wonder Woman moving ahead. But it occurred to me that the greatest female superhero has already been and gone (on TV at least) and she came in the form of Buffy Summers. With that in mind I asked Jess Vezina to tell us what Buffy means to her and why she most definitely still kicks ass, both literally and figuratively.

I was in junior high when Buffy the Vampire Slayer began its seven season run, and at age eleven, the show changed my life. I was never popular, and had very little self-confidence when I was a pre-teen. In fact, I would define myself as kind of a loser—one of the people that the cool kids would pick on. Watching Buffy inspired me, and gave me confidence. I grew up wanting to be Buffy. I wanted to dress like her, to act like her. I wanted to be strong like her. Buffy has been off the air for twelve years now, and I consider myself to be a pretty tough chick. And I honestly think I owe something to Joss Whedon and Sarah Michelle Gellar for that. They inspired me, and I know I am not the only one.

If you google “Buffy” and “Feminism” you will find article after article, alternating between calling Buffy a feminist show (yay!) and discussing how it is the opposite (boo!). But let’s forget feminism for a minute and make things simpler. Buffy is a girl. And she kicks ass. That is what I think so many scholars are missing in their papers. Buffy will never be perfect, but she made pre-teens and teens everywhere want to kick ass too. And to me, that is why Buffy will always be a show I stand behind. In science fiction and fantasy there are so many Bella Swanns and so few Ellen Ripleys. And even beyond that, women are typically either blonde, cute, ditzy, sex objects, or they are the hero of the story and they are missing all of those other traits. Buffy gets to be a bit of both in a way that makes her not only a strong woman… but a real woman that girls everywhere can relate to.

There is a famous story Joss Whedon likes to tell, about how a reporter asked him why he wrote strong female characters. Joss responded, “Because you keep asking me that question.” In Buffy the Vampire Slayer, Joss made Buffy the stereotypical blonde girl who typically dies in the movie for a reason… to show us that the stereotypical blonde that dies in the movie doesn’t have to. Instead, she can be the hero. You don’t have to be Ellen Ripley to save the day. You can be cute and blonde and wear pastel. You can have boyfriends, and even one night stands. You can make mistakes and cry when a guy dumps you right before prom. And you can save the world. Joss told us that these things are not mutually exclusive.

In “Prophecy Girl,” Jenny Calendar takes a stab at being the voice of the people saying, “The part that gets me, though, is where Buffy is the Vampire Slayer. She’s so little!” And in this same episode Buffy goes on to kill the Master, changing an unchangeable prophecy of her death. We learn very early on in the series that Buffy has decided to be in control of her own fate. She will not die at the hands of the Master in season one, and she will not let her sister die to save the world in season five. Buffy does not follow any rules imposed on her, and while she is the Slayer because it is her destiny, that title seems to be the only thing that has been chosen for her.

Buffy’s ability to save the world also goes beyond her super-human powers. In “Helpless” Buffy mysteriously loses her powers and begins to think about a future beyond slaying. But in the end, knowing the evils of the world, she realizes she can’t just walk away and live a normal life, powers or not. She goes on to use her quick thinking to save Joyce from a demon, despite being terrified. Buffy is more than just someone with super-human abilities. Being the Slayer, being a protector, has become a part of her personality. She has thought about walking away from her destiny before, (“Anne”), but in the end she always ends up back in Sunnydale. Not because she has to but because she wants to do what’s right.

Over the seasons, we get to watch Buffy gain her independence. The Slayer is supposed to report to her (male) Watcher, who in turn reports to the (male) Watcher’s Council. After the events of “Helpless” leading into “Graduation Day” Buffy decides she isn’t going to report to anyone. In a lot of ways this decision may seem to be based on her emotions due to their refusal to help Angel, but it isn’t. This is just the final straw in a long list of events that have shown Buffy the Watcher’s Council never had her best interest at heart, constantly following outdated customs. We know Buffy isn’t afraid to stand up to authority at school (just ask Principal Snyder… or Flutie for that matter), but she also isn’t afraid to stand up to the authority when it comes to Slayers.

Then, of course, there is Buffy’s habit of having a boyfriend. The feminists frown on this, but in the end I am going to go out on a limb and say it makes Buffy even more of a role model. Here’s a news flash for you; girls date. So we get to watch someone as strong and independent as Buffy date, be hurt, and take strength from that. Angel dumps Buffy right before prom. Sure, she is going to cry to Willow about it, sure, Giles will offer her some ice cream, and then she is going to kill some Hell Hounds; promising Xander. “We’re going to have a prom. The kind of prom everyone should have. I am going to give you all a nice, fun, normal evening even if I have to kill every single person on the face of the planet to do it!”

We spend a season plus watching a man who cannot stand being less powerful than a woman (Riley). From the training scene in “A New Man” onwards, it is clear that Riley feels inadequate in his relationship with Buffy because he feels that he should be the stronger one, the protector. This issue is constantly in the background of their entire relationship. Buffy finally finds the non-demon, “normal” guy she always wanted, but he can’t handle being with her. He essentially cheats on Buffy, leaves her, moves on. But what’s interesting is the way Riley’s relationship with Buffy changed him as a person. In the end he learns from his experience and marries a woman who is his equal, a long way to come for a man who resented Buffy for being tougher than him.

Buffy is not afraid to walk away from a man “Lover’s Walk”, and in fact she isn’t afraid to kill her former lover if it will save the world – “Becoming part 2”. While Buffy goes through the typical high school heartbreak—guy sleeps with you and then turns into a total jerk (albeit in much more dramatic fashion), she also draws strength from her friends around her and does not need a man to complete her. Does Buffy typically have a boyfriend? Yes. But she doesn’t need one, and will leave any one of them if that is what she feels is right. And in the end she walks away from them all. Regardless of who leaves who, Buffy ends the series next to her friends and family, no man by her side.

Buffy ended its television run by saving the world, as per usual. Only this time it was not Buffy alone. It was Buffy and a horde of potential slayers, all women, given their full powers by Willow. The male to female ratio of good guys in this final fight is something like 4:100. If this isn’t the perfect ending to a series about the power women have, I don’t know what else is. Buffy isn’t the only strong chick we are left with… everyone gets their own power.

When I think back on the seven seasons of Buffy the Vampire Slayer and the impact they had on my life, I always come back to one simple quote from my favourite episode “Becoming part 2”. Angelus and Buffy are fighting and he says to her, “No weapons… no friends… no hope. Take that all away… and what’s left?”

Buffy’s response is pretty simple and says it all: “Me.” 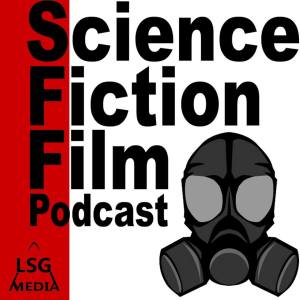 Huge thanks go to Jessica for this great guest post about one of my favourite TV shows.

Jessica is the co-host of the most excellent Science Fiction Film Podcast and if you would like to read more of Jessica’s thoughts or hear her in action then hop on over to the LSG Media website.

You can also read my interview with the man behind LSG Media, Dean Martin.